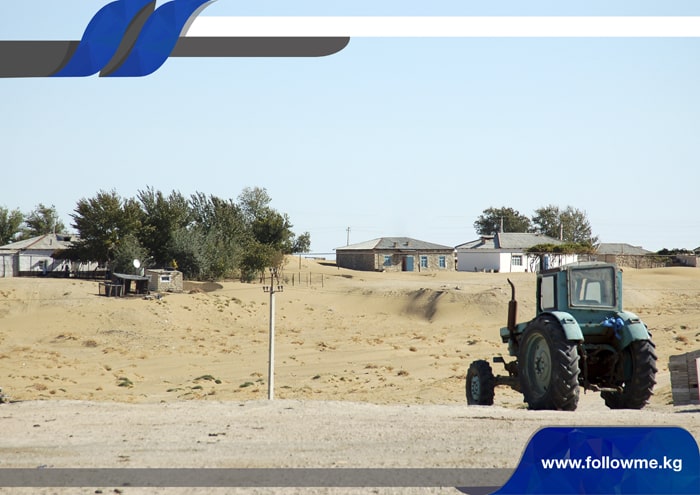 Day 1: Ashgabat
Your guide will meet you at the airport. You will be transferred to the hotel. After a traditional dinner you will have free time in the city.

Day 2: Ashgabat – Turkmenbashy
Today you will start the trip visiting the Nissa fortress during your tour in Turkmenistan. The Old Nissa was the capital of Parthian Empire, which existed and flourished more than 2000 years ago. In that period Nissa was the strong fortress located on the hill with thick 8 meter walls and 43 towers, which surrounded the royal palace. The city arranged to the right of the basic commercial routes was adjacent to it about which you will learn during your travel. Old Nissa existed only till III c. B.C., when the territory was governed by Persian dynasty of Sasanids. Then you will visit the Ertugrul Gazi mosque. It can accommodate up to 5000 worshipers at a time. The mosque is named after Ertuğrul, the father of Osman I, founder of the Ottoman Empire. In the afternoon, you will visit the Museum of Carpets with a vast collection of Turkmen carpets and the Russian Bazaar. Then you will take a train ride to Turkmenbashy. Night will be on the train.

Day 3: Turkmenbashy – Yangykala
After the breakfast in a local restaurant you will drive to Yangykala Canyon to continue your tours. With bands of pink, red and yellow rock searing across the sides of steep canyon walls, Yangykala is a breathtaking sight and one of the most spectacular natural attractions in Turkmenistan. Once it was underwater, the floor of Parathetys Sea that existed millions of years ago which you will learn during your travel. Then you will visit one of the most popular pilgrimage destinations of Turkmenistan – Gozli-Ata. It lies in the centre of a natural bowl, surrounded by escarpments of bands of pink and white rock. Gozli Ata was reportedly a respected Sufi who lived in the early part of the 14th century. His mausoleum is a brick building with twin white domes, standing in an old graveyard containing many nicely carved stone tombs.  Overnight in Turkmenbashy.

Day 4: Turkmenbashi – Ashgabat
In the morning you will visit another pilgrimage place – Kamil Ata, popular for its huge stones. Then you will take a ride on train to Ashgabat. Overnight in the train.

Day 5: Ashgabat
Today you will visit Gokdepe horse farm. The horses are one of the main sights of the country. Famous "prompt as wind" Akhal-Teke breed glorified the country to entire world. Akhaltekin racer is even depicted on the state coat of arms. It took more than three millenia to produce this breed about which you will learn during your tour. Then you will visit Gokdepe fortress. It was attacked in December 1880 by 6,000 Russians under General Mikhail Skobelev against 25,000 defenders. The siege of Gokdepe lasted twenty-three days, after which the city was taken by storm. Around 15,000 Turkmen soldiers and civilians were killed in the fight. After the lunch, you will see the Cultural and entertainment center Alem.