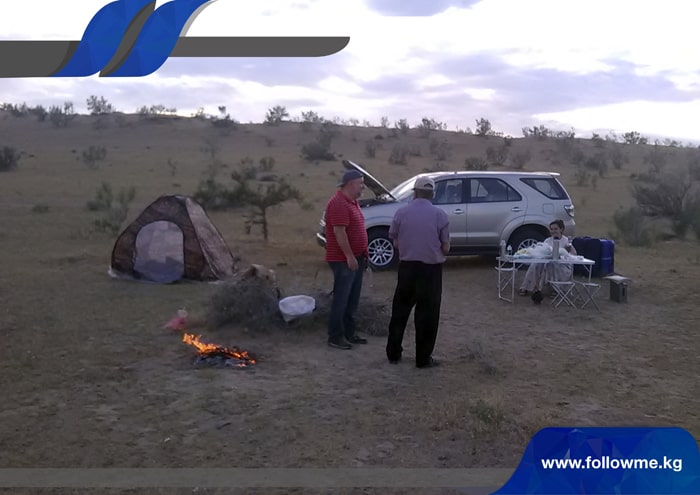 Day 1: Ashgabat
Your guide and driver will meet you at the airport. During today’s tour you will get acquainted to the capital of Turkmenistan, Ashgabat city. Ashgabat's historical appellation is The City of Love but nowadays its modern nickname, The City of White Marble will seem vastly more appropriate. A magnificent and clean city with lavish palaces and mosques surrounded by vast expanses of wide parkland, the city holds the Guinness World Record for having the highest number of marble-clad buildings. After visiting some important landmarks you will have a look at Ertugrul Gazi Mosque. The mosque was erected in the heart of Ashgabat, in Azadi street. Thhe Turkish style mosque is named after oguzkhan Ertogrul – Osman I. Then you will see one of the most surreal sights in the city, known as the Palace of Happiness, which is topped by a massive, geometrically caged ball globe. Night is in a hotel.

Day 2: Ashgabat
In the morning you will head to Nissa fortress. The sight consist of Old and New Nissa. The Old Nissa was the capital of Parthians, which existed and flourished more than 2000 years ago. Archaeological evidence points to the ruins having been used for religious and state functions about which you will learn during your travel in Turkmenistan. The strategic location of the ancient city at the crossroads of regional trade routes gave it political significance in addition to being a major trading and communication hub in the region. Then you will visit Kow-Ata Lake which is located more than 200 feet underground. A long metal staircase leads down into the Bakharden Cave, where the 235-foot-long lake is located. The warm waters contain a high amount of different salts and minerals, most notably sulfur, which is responsible for the distinct smell within the cave. After the lunch time you will drive to Gypjak village. It was a hometown of first president of Turkmenistan. You will see the biggest mosques of the central Asia and presidents mausoleum.

Day 3: Ashgabat – Darwaza
In the morning you will have an excursion in the Carpet Museum of the Ashgabat city for a city tour. It has the largest collection of Turkmen carpets of any museum. There is a rich collection of carpets from the medieval through to the 20th century, including over 1000 carpets from the 18th and 19th centuries.  After the lunch you will drive to the Karakum desert to see the Darvaza Gas Crater. It is one of Turkmenistan’s most unusual sights. Crater blazes with an incredible strength that’s visible from miles away. The fire crater is of course the most impressive, and it’s best seen at night, when the blazing inferno can only be compared to the gates of hell. Dinner and overnight at the camp of the Darvaza.

Day 4: Darvaza – Kone Urgench – Dashoguz – Ashgabat
Today you will travel to Kone-Urgench historical site. It is situated 100 km from Dashoguz, on the left bank of Amu Darya. Ancient Kone-Urgench was considered one of the major cities of the East, and was the capital of the Khorezm region, part of the Achaemenid Empire. The old town contains a series of monuments mainly from the 11th to 16th centuries, including a mosque, the gates of a caravanserai, fortresses, mausoleums and a 60-m high minaret. On the sample of Kone-Urgench monuments you can see all variety of methods and decor of Islamic architecture of Central Asia. Then you will be transferred to Dashoguz to catch a train till Ashgabat to complete your tours. Night is on the train.

Day 5: Ashgabat
Upon arrival to Ashgabat you will drive to the horse farm where you can see the magnificently beautiful Ahal-Teke Horses. It took more than three millenia to produce this breed. Today the Akhal-Teke is quite rare by modern breed standards, with less than 3000 existing worldwide. The breed is very dear to Turkmenistan and is ingrained in Turkmen culture and folklore. Pride of Turkmens - Akhalteke horse is a part of the sovereign Turkmenistan's national emblem. Every year the last Sunday of April, Turkmen people celebrate the Akhalteke Horses Holiday. After an excursion in the horse farm you will visit the Gokdepe fortress. The great battle between Russian army and Turkmen tribes in 1880 lasted twenty three days, after which the city was taken. Then you will return to the city. Another highlight of the day will be the Alem Cultural and Entertainment Center, which was recognised by Guinness World Records as the world's tallest Ferris wheel in an enclosed space.

Day 6: Flight
Transfer to the Ashgabat International Airport to board a flight to next destination.