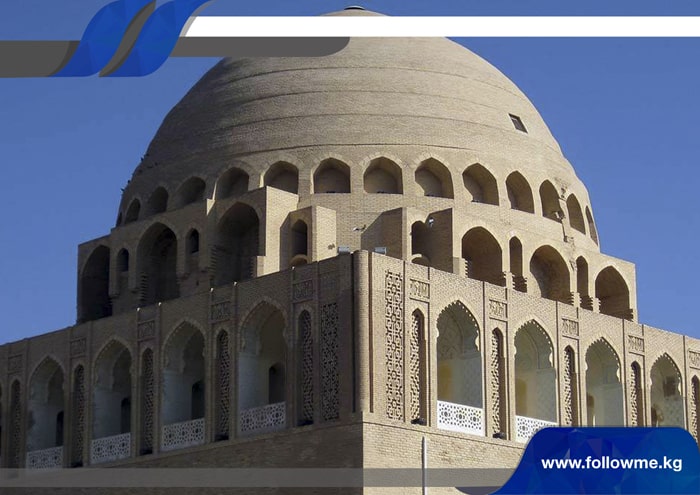 Day 1: Ashgabat
You will be met by the guide at international airport and transfer to hotel. Night is in a hotel. 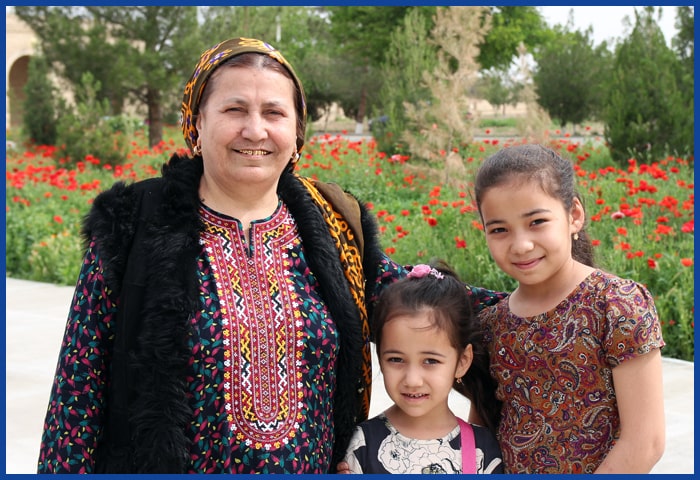 Day 3: Turkmenbashi – Mary
Today you will be transferred to the domestic airport to take a flight to the Ashgabat. On arrival you will visit the Gokdepe village. This is the horse farm. You will see the famous Ahalteke horses. You will get a master class of Ahalteke horses and ride. But this ride only for experienced travelers.  Then you will return to the Ashgabat.  In the afternoon you will visit Mary province and Abiverd fortress. Talking about Abiverd, it is one of eight historical reserves of Turkmenistan along with Kunya-Urgench, Nisa, Merv, Dehistan and others. Night is in a hotel. 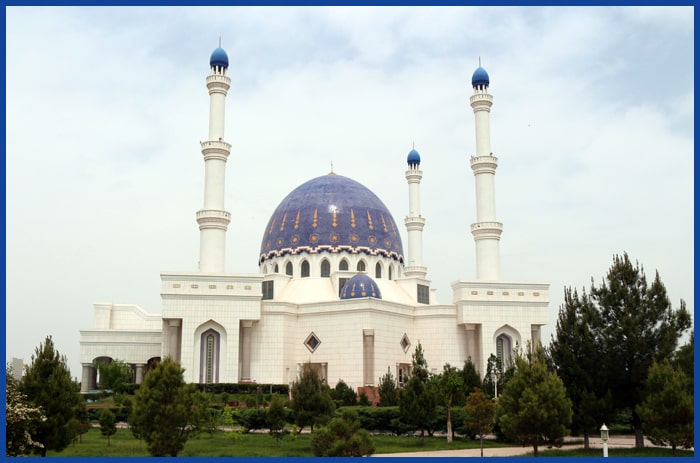 Day 4: Mary – Merv – Mary
The tour will start by visiting the ancient Merv. It is important to note that the first written references to this city were found in Avestian chronicles in the 8th-6th centuries B.C. There is bright epithets as "a soul of a king, a mother of Khurasan cities, and, the city that helds the Universe". There are Omar Khayyam, Samani, Imamaddin-Isphakhani and other great thinkers of the Middle Ages used to live there. You will find out five ancient settlements as Erk-Kala, Gyaur-Kala, Sultan-Kala, Abdullakhan-Kala and Bairamalikhan-Kala, but most of them were destroyed. Then you will drive to Merv. Being there you will enjoy wonderful view of landscape and capture it. After the Merv you will drive to the city. In the second half of day you will visit the national museum of Mary city. On the way you will visit souvenir shops. The night will be spent in a hotel. 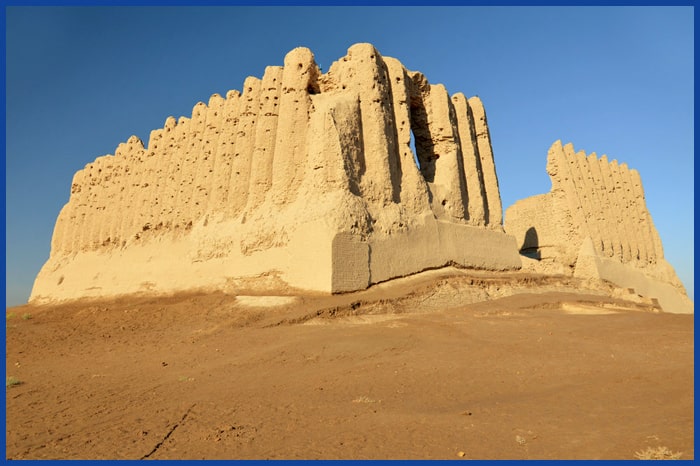 Day 5: Mary – Margush – Ashgabat
Breakfast. Then you will drive to the Margush. It is an ancient kingdom in the region of Mari. This kingdom was found 5 thousand years ago. There were people who lived there and did agriculture. They had own language and culture. So that’s why scientists proved center of an ancient civilization, similarly with India, Egypt, Mesopotamia and China. Afterwards you will return to the Ashgabat. Overnight is in a hotel. 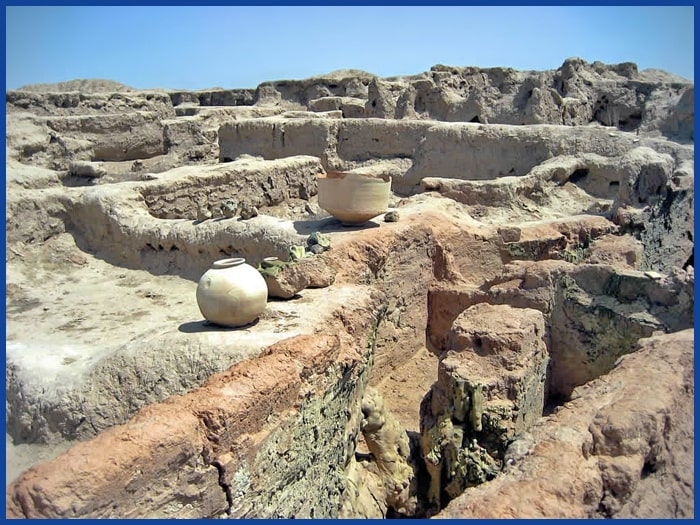 Day 6: Ashgabat – Kone Urgench – Darwaza
Today you will have a flight to the Dashoguz region. You will drive to the ancient Kone-Urgench. It is one of Turkmenistan’s most imposing world heritage sites, founded by architectural masterpieces which has minaret. It is one of the oldest in the world. Koneurgench, or Gurganj is located in the Dashoguz velayat in north-western Turkmenistan, on the left bank of the former Amyderya River. Gurganj was the capital of the Khorezm region and found in the 6th or 7th centuries CE and the early Achaemenid period. Koneurgench had a auspicious geographic location at the crossing of two main caravan routes: west to east from Europe to China and from the south to the northwest to the Volga River. After that you will drive to the famous Gas crater which is name by locals as a “Gate of the Hell”. You will be impressed by wonderful view and take photos! This magnificent site located in 266km to the north of Ashgabat city. You will have unforgettable evening trip to Darvaza crater. Night will be spent in tents. 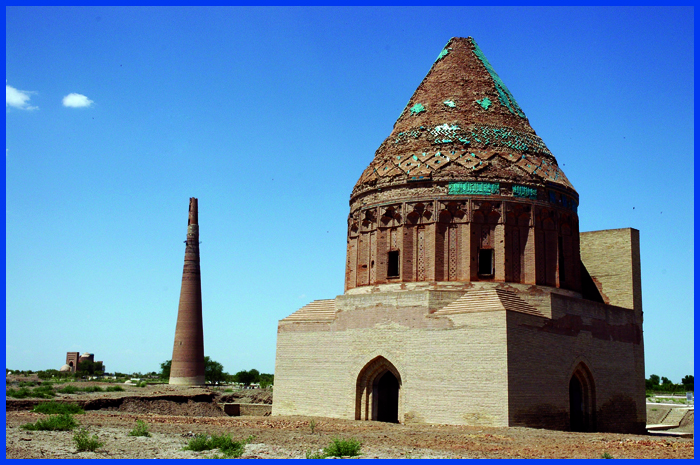 Day 7: Darwaza –Ashgabat
After breakfast we will drive to the capital city. On arrival you will have a rest and visit the old Nisa. It is situated in 18 km to the west from Ashgabat. There are the ruins of Nisa. It is the capital of ancient Parthia found in the I millennium BC and I millennium AD. In the III century BC New Nisa was the capital of Parthia and the Old Nisa fortress was primarily at that time. After trip you will visit Russian market. The Russian Bazaar or so called Gulistan in Ashgabat is defined to be one of the largest and oldest covered markets in the Turkmenistan and located in the center of the city. The bazaar was built in the period of 1972-1982 by the design of the Russian architect Vladimir Visotin and included in the "Ashgabat Reconstruction Program of 1970-1980." It was done in the Soviet Modernism style and decorated by the Turkmen sculptor Klych Yarmamedov. Nowadays it became popular among locals and tourists. This bazaar is very colorful and has everything for better shopping. In 2001 it was reconstructed by the Turkish company Ekol, with updated outlets, shops and food stalls and others. The market is made with white marble. We are sure you will like it. Night is in a hotel. 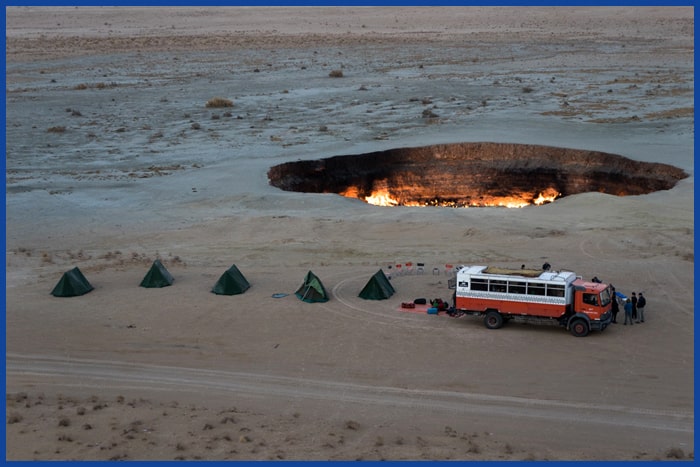 Day 8: Ashgabat – Jygyldyk bazaar – Seyitjemaleddin Mosque – Ashgabat
Today we will travel to the Jyggyldyk Bazar. It is the Eastern bazaar which considered being one of Oriental tradition. You will find many interesting things there and bargain!  In addition you will see the famous Turkmen carpets for sale made by Turkmen women. In the second half of day you will visit Seyitjemalleddin Mausoleum. It is a mosque which was placed according to the interior and exterior inscriptions, in 1456. There was Abu-l-Kasim Baber Bahadurkhan ruled in Khorasan in 1446-1457. The construction of the mosque was financed by Bahadurkhan’s vizier, Muhammed Hudaidot. He chose a site of construction near the grave of his father, sheikh Jemaleddin, a native of Anau. But, sheikh Jemaleddin had never been mentioned in the fifteenth-century Sufi sources. The inscriptions on the face of the mosque, academician G.A. Pugachenkova said that thanks to the polysemantic character of the language the author of the lines accomplished to commemorate his father. He took the first part of his father’s name –"Jemal" which means "beauty". It was used as the word combination "Dor-ul-Jamal". It has two meanings as "the house of beauty and "the abode of Jemal". Night is in a hotel. 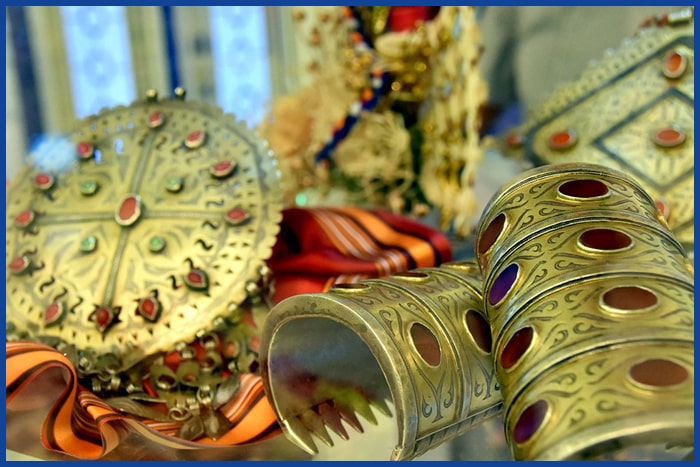 Ashgabat is the capital of Turkmenistan encircled by Kopetdag mountains and Karakum desert.
Yangikala it is possible to arrange jeep races along the bottom of the canyon.
Gokdepe is the fortress that brought serious problem for Russian Army.
Mary is the zone consists of ancient cultural monuments that is located in the Karakum desert.
Abiverd fortress used to be a golden key on the Silk Route between Nisa and Merv.
Ancient Merv has more than 4,000-year-long history and included in the UNESCO list.
Margiana/ Margush is the oldest town, belonging to the famous Behistun inscription.
Kone Urgench is the city that was mentioned in the holy book of the Zoroastrians "Avesta".
Darwaza is the famous “Doors to Hell” where that is very captivating to see.
“Old Nisa” is the first capital of the Parthian kingdom, which arose in the III century BC.
Russian Market founded by Russian settlers is a great example of Turkmen architecture.
Seyit Jamal-Ad-Din Mosque’s one of the most valuable things was the image of two dragon.