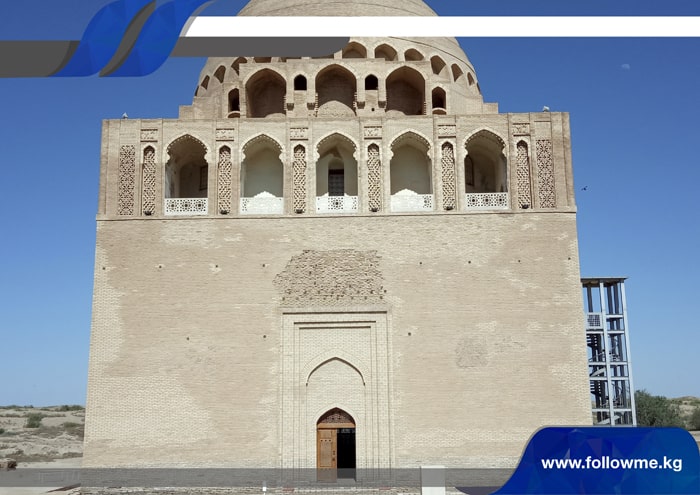 Day 1: Ashgabat
Upon arrival at the airport you will be met by your guide and start your travelling in Turkmenistan. You will be provided a transfer to your hotel. In the afternoon, you will drive outside the city to visit a horse farm. The farm is well known for the unique breed – Akhal-Teke horses. Traditional tea break will be followed by show program. After an excursion in the farm, you will drive back to Ashgabat. In the evening you will have a city tour. You will have a stroll along the main sights of the city. Night is in a hotel.

Day 2: Ashgabat
In the morning you will drive about 18 kilometers to the West of Ashgabat, where the ruins of Nisa situated. It was an important city of the ancient Parthian Empire. The site consists of Old and New Nisa, with the latter having been developed in the 3rd Century BC. The two sites tell the story of an ancient civilization that incorporated foreign and traditional cultural elements to create fascinating items. Then you will see the main mosque of Turkmenistan and the largest single dome mosque in the world. Gypjak Mosque was built by the first president of Turkmenistan. Near the mosque, there is a stunning mausoleum where the remains of the president and his family rest. You will complete the tour visiting the State Museum of History in Ashgabat. Overnight at the hotel.

Day 3: Ashgabat – Merv – Mary
After breakfast in the hotel we will start our travel to the east of Turkmenistan. Merv is the oldest known city of Central Asia, standing on the banks of the Murghab River. It was the capital of the Persian satrapy of Margian and the Turkic empire of the Seljuks. City was also known as one of the most important capitals of Islam along with Baghdad, Cairo and Damascus. We will visit its ancient settlements and historical monuments including Gyz Gala, Erk Gala, Soltan Gala, Soltan Sanjar Mausoleum, Ibn Zeid Mausoleum. At the end of the day you will be transferred to Mary. Overnight is in the hotel.

Day 4: Mary – Talkhatan Baba – Yekedeshik Caves – Mary
Today you will visit the Talkahatan Baba Mosque. It is constructed of brick, with the technique of wall building consisted of laying the brick in different arrangements. Then you will continue driving to Yekedeshik Caves. Yekedeshik is an underground city, a series of passages and chambers dug out of the soft sandstone. The name is based on an old Turkish word meaning single orifice, describing the fact that the whole city has only one single entrance. The cave city has two levels. In total, there are 40 rooms of rectangular shape, and a 37 m long corridor. There are similar caves of smaller sizes nearby during your tour. At the end of travel you will go back to Mary. Night is in a hotel.

Day 5: Mary – Margiana (Margush) – Mary
Today is devoted to Margush historical sight. The historical area centered on the oasis of Merv. It was one of the satrapies of the Achaemenid empire mentioned in the Behistun inscription. Margiana was named after the main city - Merv. It is located on the territory of East Turkmenistan not far from the satrapies of Sogdiana and Bactria. In the 1970s, archaeologists  started excavation works in the ancient delta of the Murghab River, where once the largest city of Margiana Gonur-Depe was located. The joint Russian-Turkmen expedition was led by archaeologist Viktor Sarianidi. Climatic change and dynamic desertification caused the surrender of the region, with the result that the ruins of the Bronze Age settlements are well protected underneath the forsake soils.

Day 6: Mary – Ashgabat
On the way to Ashgabat you will stop over Abiverd fortress in Annau. Abiverd settlement is one of eight historical reserves of Turkmenistan. Once it was a major city famous for its magnificent market and mosque. Today you can still see the ruins of the Seyit Jamal-ad-Din Mosque dating back 15th century. After the lunch you will visit the Russian Bazaar. Despite the emergence of new shops and shopping centers in Ashgabat, the bazaar continues to be popular among residents of the city. After the dinner you will have the evening tour of Ashgabat. Night is in a hotel.

Day 7: Flight
Night transfer to the Ashgabat International Airport to board a flight to next destination.