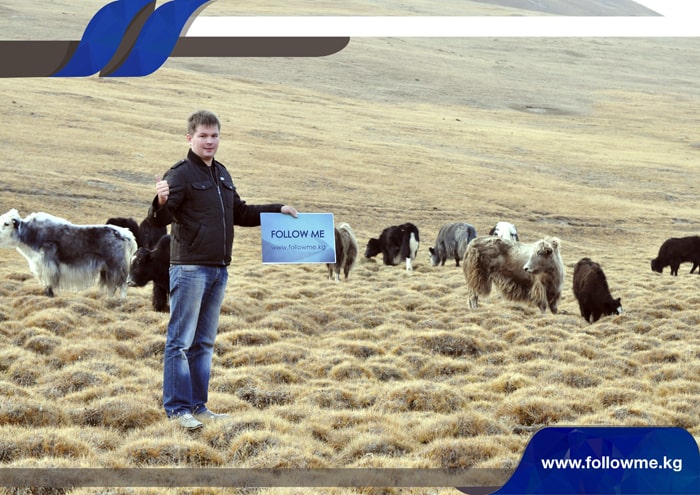 Yaks are one of my favorite animals. They are strong, tough, fearsome and peaceful at the same time. In Kyrgyzstan, you can encounter them in Kara Koyun gorge near Tash Rabat caravanserai, Son Kul lake, on high passes, along the roads, and even in the villages if you are lucky.

Yaks were the first animals tamed by humans 3,000 years ago. Domesticated yaks are calmer and smaller than wild ones. They do not need special care and are able to survive, even in meager mountains. This animal is not only a source of wool, milk and meat, but also a pack animal. The weight of a wild yak reaches 1000 kg. It lives in treeless mountainous areas, at the height of 3200m. up to 5400 m.

Yaks are hardy and adapt well to extreme climatic conditions. Their thick hair resembles a skirt under which a mother hides her cubs from cold weather. In winter, they bathe in ponds that have not yet frozen.

Female domestic yaks are separated at the age of 3-4 years. They reach full sizes by 6-8 years. The fertility period is in April and June. Domestic yaks calve once a year, but in areas with poor grazing, only some manage to calve once every three years. Young individuals become independent one year after birth. They live about 25 years. Today, yak meat is considered a delicacy in Kyrgyzstan. 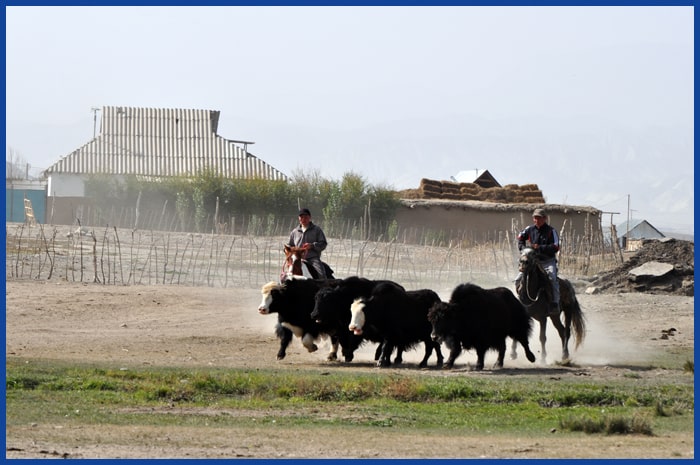 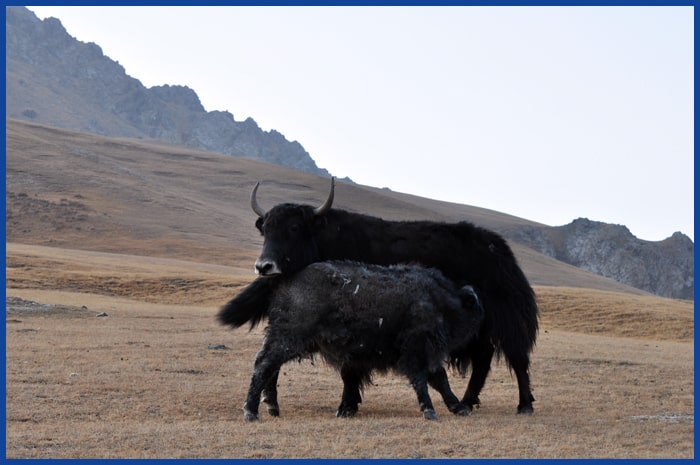 Why do we love 4х4 tours
Tash Mangal ancient dish
Why car rent with me?
Pottery in Uzbekistan
Felt show in Kochkor
My tourism seminars