Tour to big cities of Kazakhstan 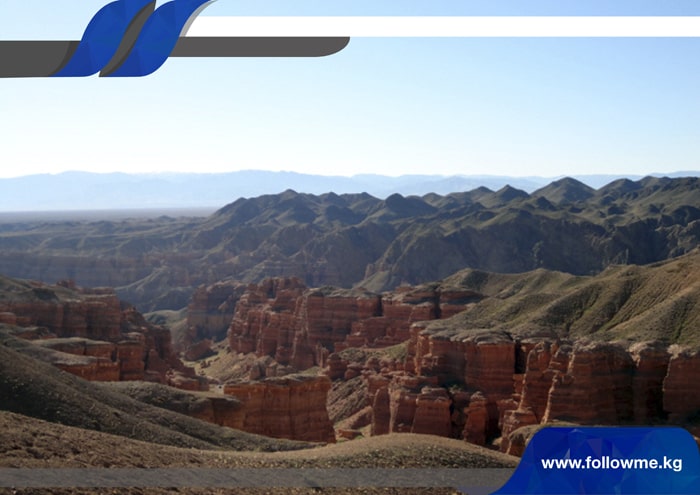 Day 1: Nur Sultan
Your guide and driver will meet you at the airport. Today you will have a city tour in Nur-Sultan. The city is located on the Ishim River in the northern part of Kazakhstan. The architectural appearance of the capital is an interweaving of the best features of Eastern and European architecture. The decision of transferring the capital in 1998 was announced at the Constitution Square, where you will start off the tour. Then you will visit the Museum of the First President of the Republic of Kazakhstan. The Golden man, national treasure and important symbol of the country is displayed here. Among other unique buildings of the capital are the Palace of Peace and Reconciliation designed by a renowned British architect Norman Foster, the Khan Shatyr shopping mall built in the shape of a tent and Khazret Sultan mosque. The highlight of the city is Astana-Baiterek monument. It embodies the idea of the Kazakh people related to the structure of the universe during your travel. At the top of this monument there is a spacious observation deck in the form of a circular hall with a bar. It offers wonderful views of the city blocks of the new Kazakh capital and the picturesque Presidential Park. You will also visit the National Museum of History of Kazakhstan, where you can see the future development plans of Nur-Sultan with its historical background. Overnight in a hotel.

Day 2: Nur Sultan – Borovoe – Nur Sultan
In the north of Kazakhstan, between Astana and the cities of the Kokchetau region, there is a real oasis spread in the unsightly steppe – Borovoe National park. The Borovoe hills are not really high, ranking between 300-600meters. The highest point is the Kokshetau mountain. In the south there are Ush-kyz, Ok-Zhetpes rocks, Burabay and Zheke-Batyr mountains each with a surprising legend behind. There are a lot of lakes in the park. 14 of them have a surface area of more than 1 sq.km. The combination of the coniferous forest, mountain scenery and crystal clear lakes created a unique beauty of the landscape. After an easy hiking to the top of Bolektau mountain, you will admire the view of the lakes. The highlight of Borovoe is the Blue Bay. The Zhumbaktas rock rises directly frpm the waters of the lake. At the end of the day you will be transferred to the city. Overnight in a hotel.

Day 3: Nur Sultan – Almaty
Today you will catch a morning flight to Almaty. Your guide and driver will be waiting for you at the airport to beging your tour in the southern part of Kazakhstan. In the first half of the day travel you will explore the central part of the city.  You will do some shopping in the Green Bazaar. This large, two-level market has a true flavour of Central Asia. For the acquaintance to history and culture you will go to Park of 28 heroes Panfilov's men and a unique monument of wooden constructions Zenkov Cathedral. The peculiarity of the building is that it was built entirely from wood without using a single nail. The park is also home for Memorial of Glory and Eternal Flame. Then you will head to Medeo Gorge, placed at the feet of Shymbulak ski base. From the top of the dam, at an altitude of 1733 metersabove sea level, you will see the highest mountain skating rink in the world, surrounded by Zailiyski Alatoo mountains. Then you will visit Kok-Tobe hill with its’ tallest TV tower in the world. It is the highest point of the city accessible via Almaty cableway. You will have a short ride to the downtown. Overnight in a hotel

Day 4: Almaty – Issyk – Almaty
Today you will head the Issyk gorge of Trans-Ili Alatau, about 70 km east of Almaty. The gorge is lying along the Kuldja tract, exactly repeating the old caravan route. You will have an excursion at State Historical Cultural Reserve-Museum of Issyk, which was founded in 2010 in the framework of  Strategic National project “Cultural Heritage”. The museum is a complex of 80 Saks burial mounds and the residence of the Saka rulers. One of the world-famous founding, discovered in 1970, is a burial of Golden Man - a skeleton, warrior's equipment, and assorted funerary goods, including 4,000 gold ornaments, reflecting the sacred meaning of Saks mythology. Later you will move to Issyk lake. It is a picturesque, alpine lake surrounded by unusually beautiful nature of thick forests and spacious flower fields. The lake is located at an altitude of 1760 meters above sea level. After a picnic on the shores of Issyk lake you will go back to Almaty. Night is in a hotel.

Day 5: Almaty – Charyn Canyon – Almaty
The road to the canyon will take 3 hours of driving across the plain steppes outside Almaty. On the way you will visit the local museum of traditional decorative and applied arts and crafts and have a lunch in the local café during your tour. Sculpted by the wind, water and sun over millions of years, and some 300m deep in places, Charyn Canyon is Kazakhstan's answer to the Grand Canyon, with some truly spectacular and varied landscapes. There are the red rock formations of the Valley of Castles, the canyon's most popular destination. You will go down to the bottom of the canyon for hiking. On the banks of the Charyn River, at the bottom of the Valley of Castles, the only lodgings in the Charyn Canyon consist of some yurts and a small open air café, working in the summer time where travelers like to walk. After some rest you will climb back and move to observation point to get the panoramic views of the area. Then you will drive back to Almaty. Overnight is in a hotel.

Day 6: Flight
Hotel breakfast and check-out. Transfer to the airport and departure.