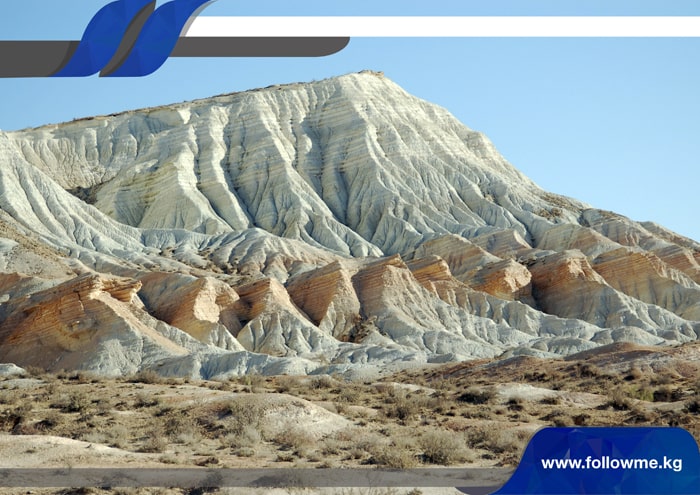 Day 1: Ashgabat
Your guide will meet you at the airport. Upon arrival to Ashgabat, capital of Turkmenistan, you will check-in at the hotel. In the afternoon you will have a guided tour of the city. You will visit the main landmarks such as Arch of Neutrality, the Presidential Palace, Lenin Square, Independence Park and Ertogrul Ghazi mosque. Then you will travel to the ruins of Nisa fortress. The site consists of Old and New Nisa. The two sites tell the story of an ancient civilization that combined foreign and traditional cultural elements to create fascinating items. Archaeological evidence points to the ruins having been used for religious and state functions. Afterwards, you will continue the tour in the village of Gypjak. You will have a look at Turkmenbashy Ruhy Mosqe and the Presidents Mausoleum. Night is in a hotel.

Day 2: Ashgabat – Kow-Ata – Nokhur – Balkanabat
After the breakfast you will drive to Bakharden cave with the Kow-Ata underground lake. The lake is popular for its healing properties. The therapeutic water of the Kow-Ata Lake includes 38 elements such as iodine, magnesium, iron, bromine, potassium, sodium, sulfate, and others. Aside from being a swimming spot and a thermal spa, the cave is also a natural monument, established to protect the largest known colony of bats in the whole of Central Asia. In the afternoon, you will continue driving to Nokhur. It is a remote village full of ancient beliefs. The residents of the village have preserved their unique culture, traditional crafts and architecture for centuries. They are different from other Turkmens, and they speak a different dialect. In the evening, you will arrive to Balkanabat.

Day 3: Balkanabat – Yangykala – Gozli-Ata – Turkmenbashy – Awaza
In the morning you will head over Yangykala Canyon during your tour. A vast rock landscape with rock walls as tall as 60-100meters. There are the colors: pinks and oranges, reds and yellows, a spectrum of coral shades that give Yangykala Canyon a distinct look. Once it was underwater, the floor of an ancient ocean that existed millions of years ago. Then you will visit one of the remotest shrine pilgrimage destinations of Turkmenistan – Gozli-Ata during your travel. Gozli Ata was reportedly a respected Sufi who lived in the early part of the 14th century. Before reaching the largest port city of Turkmenistan, located on the picturesque coast of the Caspian Sea we will stop by heavenly sea corner of Awaza resort, which stretches for 16 kilometers. Overnight in Turkmenbashy.

Day 4: Awaza – Ashgabat
In the first part of the day, before the lunch, you will have a leisure time on the shore of the Caspian Sea. After the lunch time you will be transferred to Turkmenbashy airport to catch a flight to Ashgabat. Today you will also have an evening tour of the capital of Turkmenistan.

Day 5: Flight
Night transfer to the Ashgabat International Airport to board a flight to next destination.